We are thrilled to be supporting the safe reopening of cinemas and to support them in doing so, we are taking a dive into our catalogue for a closer look at what some iconic films mean to all of us, and why.

In this Close Up, we are taking a look at 1990 sci-fi classic, Total Recall, which will be returning to selected UK cinemas this December, with writer and academic Terence Sawyers.

Adapted from a Philip K. Dick short story, Total Recall introduces us to Douglas Quaid (Arnold Schwarzenegger), an average working Joe, with an average apartment and an attractive wife (Sharon Stone). The problem is, seven-time Mr. Olympia’s physical dimensions, not to mention his thick Austrian accent, mark Schwarzenegger’s Quaid as anything but average. This is an early clue that everything is not quite what it seems.

Quaid visits Rekall, a travel agency that uses high tech future-science to implant memories of holidays and escapes, memories of adventures that their customers didn’t actually have. In a keenly amusing piece of metacommentary, the Rekall representative pitches the “secret agent” package to Quaid and promptly summarises the rest of the film: a trip to Mars, enemy agents trying to kill him, an ancient alien relic, and a beautiful and mysterious woman. From this point on, both Quaid and the audience are unsure what to trust or who to believe. A firm footing is never quite reasserted as every solid ground turns out to be only an appearance.

After dispatching an unreasonable number of ‘bad guys’, the film ends in an overtly romanticised scene that mirrors the opening dream sequence. Quaid speculates: “What if this is just a dream?” Indeed, what if? 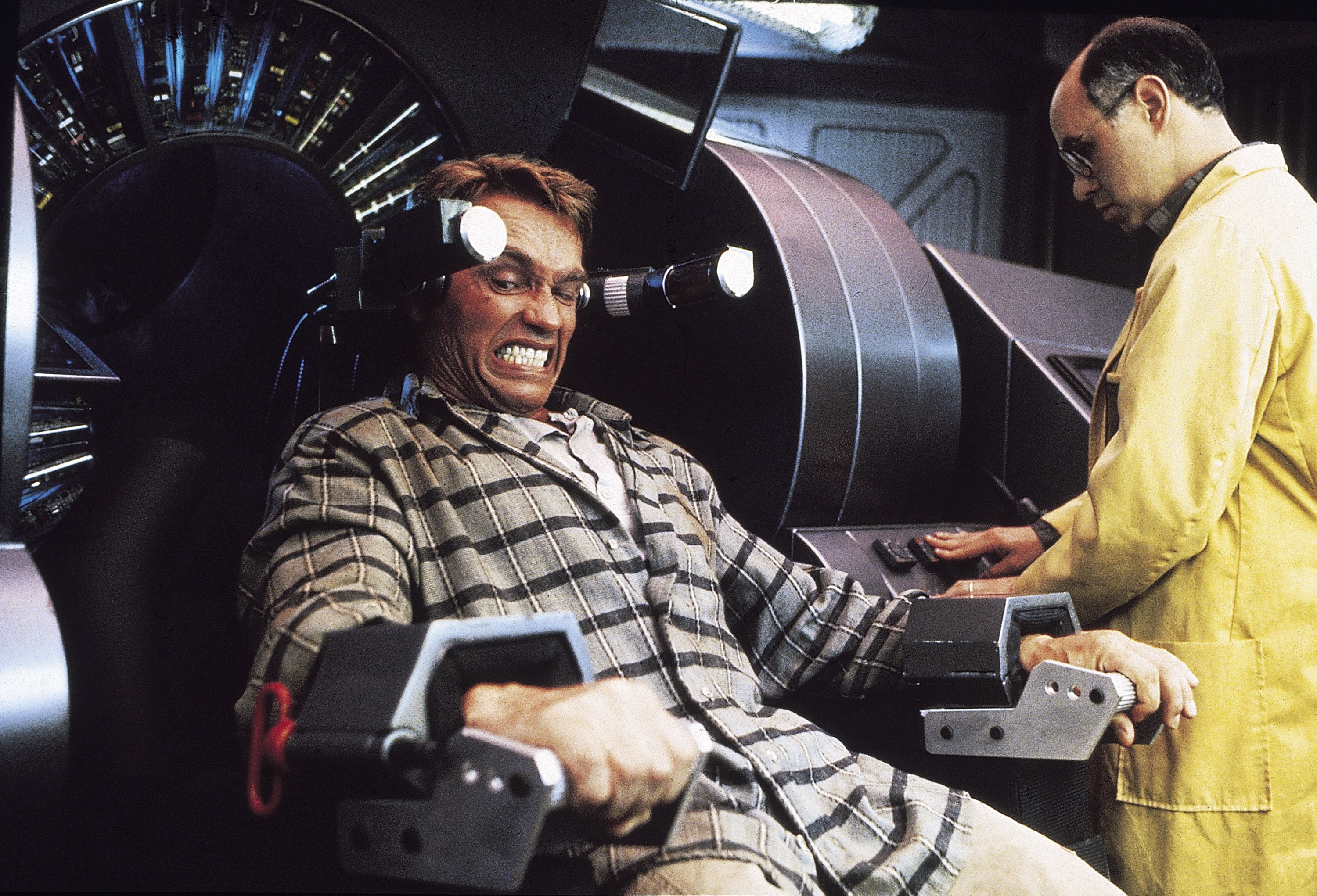 Total Recall embraces an excitement of confusion around what is real and what is simulated, who is real and who is fake. Quaid could be just an elaborate pseudonym, a physical and mental incarnation of Hitchcock’s George Kaplan. In this scenario, the Schwarzenegger body belongs to a Carl Hauser, a sleeper agent for the nefarious corporation at the centre of all things bad. Alternatively, Quaid may never have left Rekall, stricken by what one character calls a “schizoid embolism”. In this scenario, Quaid is regressing into wilder and wilder fantasies as he lives out the sales package sold to him in an earlier scene.

Neither scenario is particularly reassuring. With both undermining a key tenet of Hollywood filmmaking; the constancy of character or character-based agency. Furthermore, the questions that audiences are forced to confront lay bare the reality that Quaid is a made-up identity, and his actions are predetermined – made up and predetermined by the filmmaking team themselves. Like I said, Total Recall is either a smart film pretending to be dumb or a dumb film pretending to be smart.

Schwarzenegger himself has often gained an advantage by playing with smart/dumb-dumb/smart triangulations. And, although uncredited, Schwarzenegger produced Total Recall, and his fingerprints, massive as they must be, are all over the film. He worked with production company Carolco to nab the rights for the story as they passed from company to company and went on to oversee many aspects of the film. Including picking the director, Paul Verhoeven, hot off his previous film Robocop (1987). And the location, the Mexico City Metro, whose modernist brutalism would act as a visual anchor to the films violently dystopic tone. 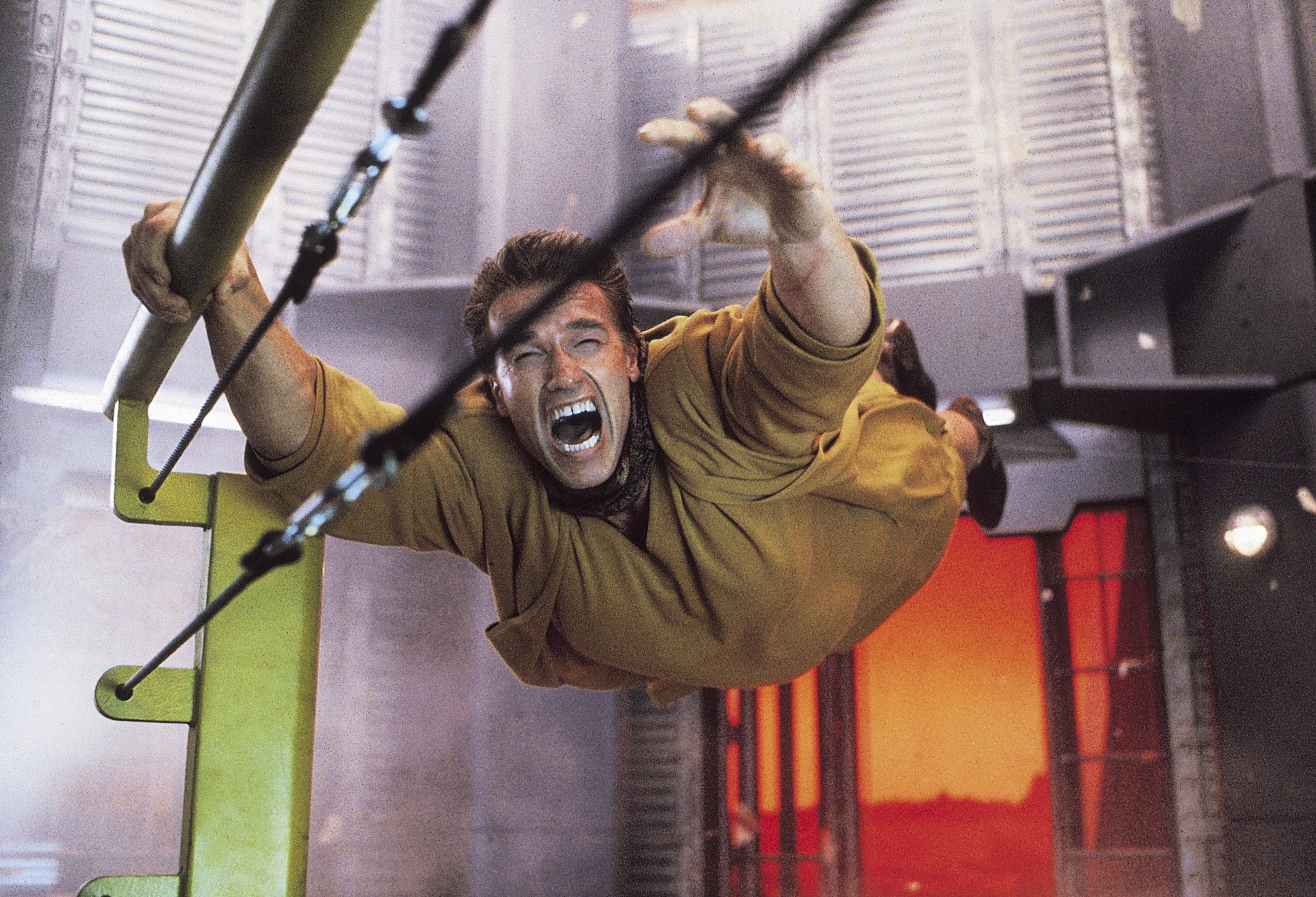 Total Recall, at first blush, is an example of Reaganite Hollywood, violently reasserting a white male power fantasy over ‘others’. However, squint a little bit, and you notice some oddities, the mysterious and sensually ‘exotic’ Melina (Rachel Ticotin) is also a fierce guerrilla leader and is no distressed damsel – as well as an example of a non-white female being afforded character space in a genre more usually dominated by white-male characters. Also, consider Benny (Mel Johnson Jr.) the black cab driver whose eye-roll-inducing ‘urban’ badinage is revealed to be a ploy. Benny is a double agent who performed this street-blackness to escape suspicion, playing off the inherent racial prejudice of both the other characters and, ahem, of the ‘taken in’ audience.

I’ve scratched the surface here of a rich and provocative film. Total Recall manages to be both high-octane entertainment and deeply philosophical, it is alluring and alarming in equal measure, visually revolting and beautiful, and, if you will allow, socially conservative and socially progressive. The paradoxes that make up this film are its strength and not its weakness.

Now get your ass to Mars!

Terence Sawyers is definitely real. A PhD student at Queen Margaret University, Edinburgh, his primary research area is the film and TV adaptations of Philip K. Dick – with a side-line as a conspiracy theory theorist. His love for film, and for accessible education, lead to the development of non-profit film lecture and discussion event About Film. He has never been to Mars. 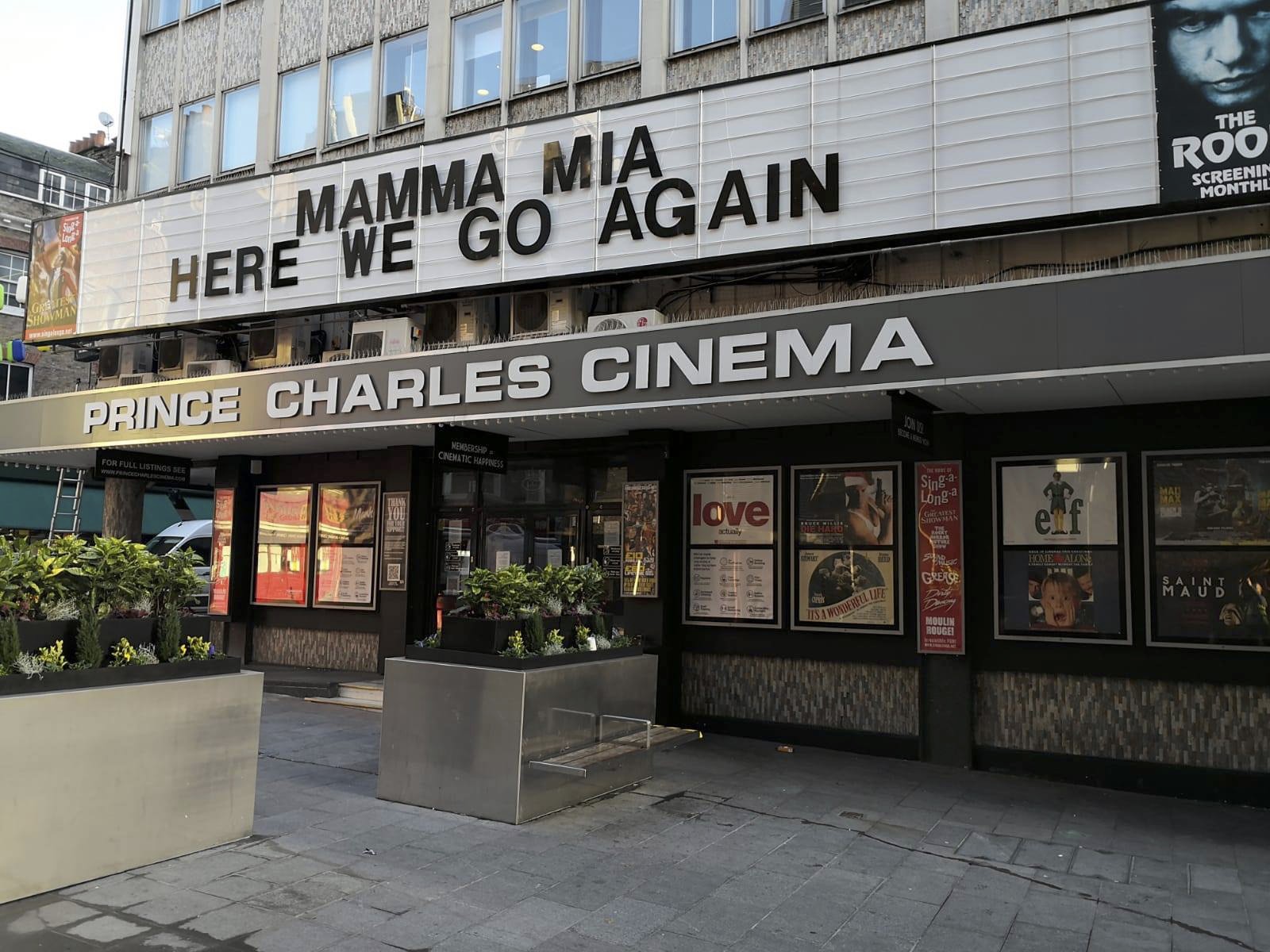 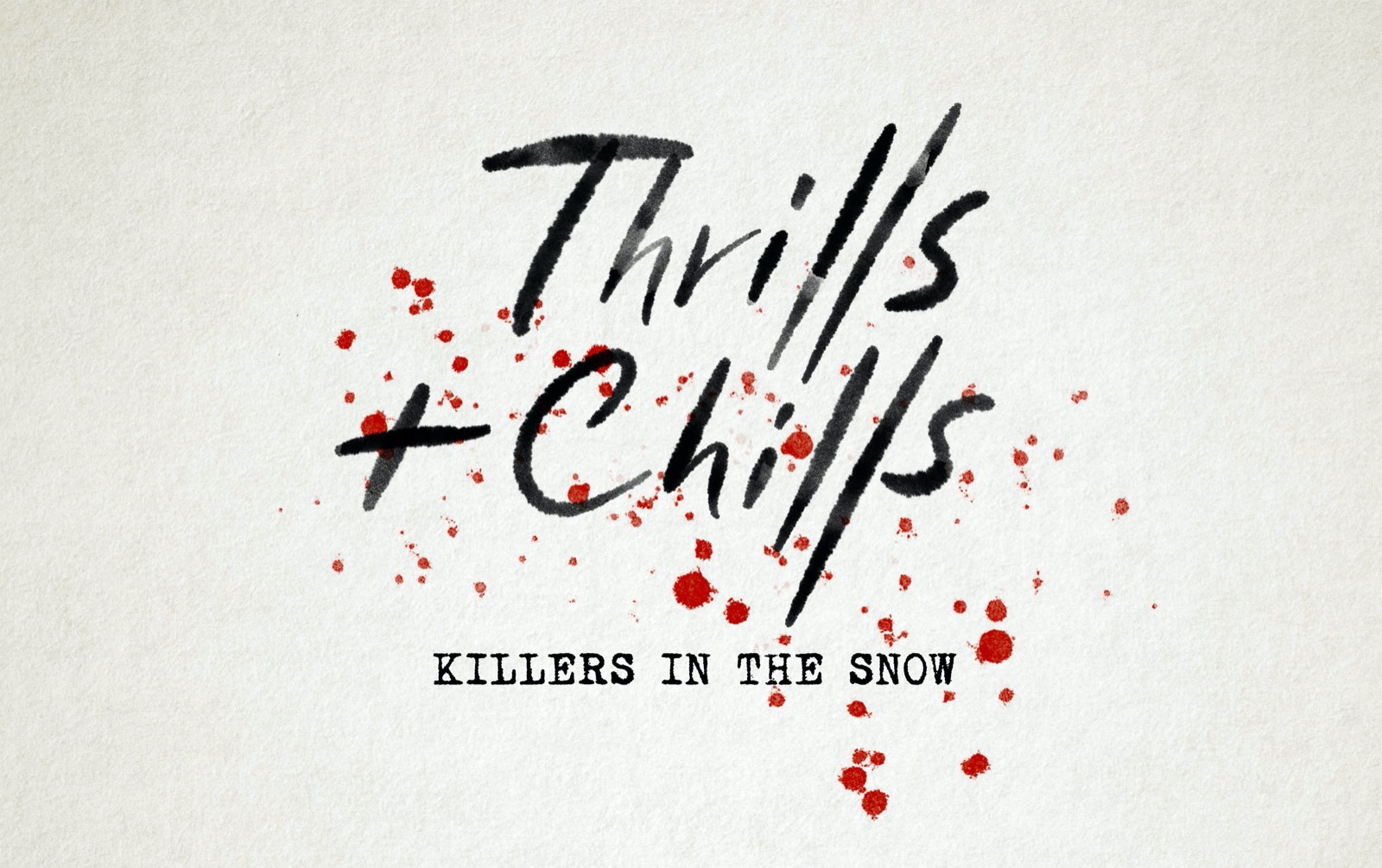 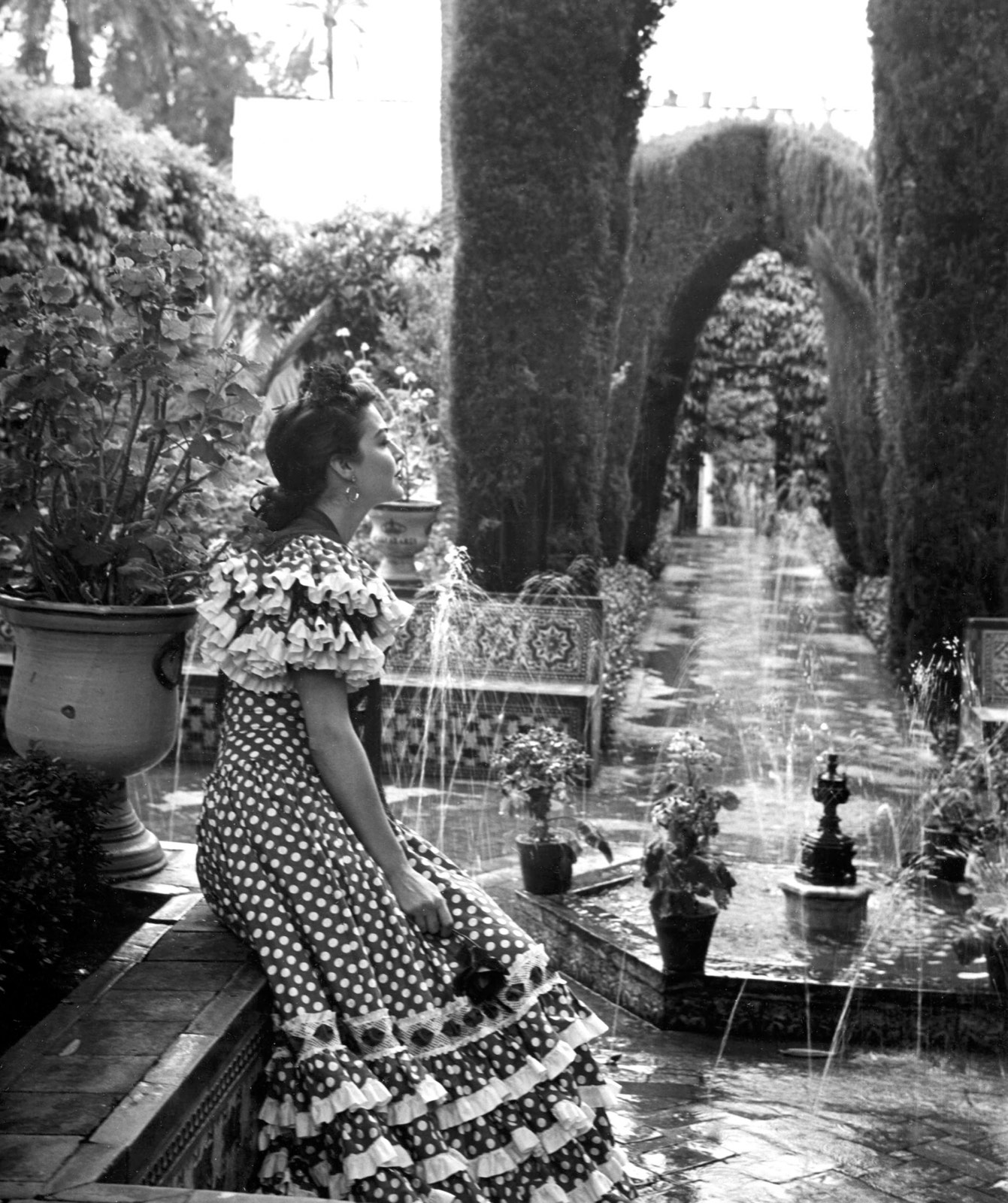