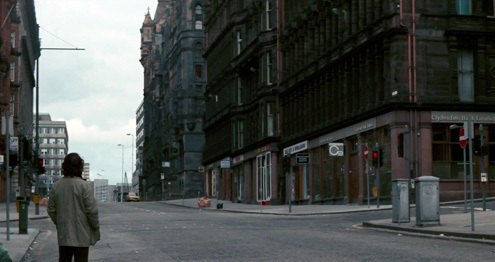 Gianni Marini is an editor and filmmaker who grew up and works in Glasgow. He is interested in how architecture and the spaces we inhabit are used in cinema. In this short essay, Gianni explores how films shot in his home city use its architectural and natural landscape to explore the lives of the people who live there. 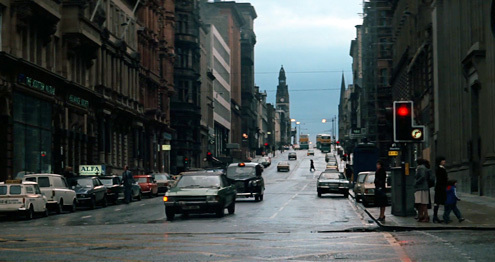 The street runs away from the camera in a straight line enclosed on either side by tall sandstone blocks, it's like staring down a canyon. Other streets run off at right-angles forming tributaries to the compact centre of the city. Hills rise and fall yet the height of the tenements remains the same and, looking up, each view seems to terminate with either a church spire or tower block in the distance.

The city holds its inhabitants between the rich aesthetic of Victorian classicism and the brutal lines of industrial and commercial plants, the former having now been stained by decades of the latter. It is both sublimely monumental and a decaying wreck, depending on how the light falls through the cinematographer's lens. 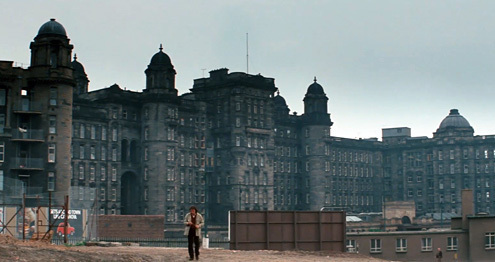 You can see the city's multiple forms struggle for dominance in the frames of the films shot here. As a dystopia, like in Bertrand Tavernier's Death Watch, the city's dilapidated tenements are the remnants of a prosperous past, now replaced by the vast skylines of towers both industrial and residential. The "gritty” Glasgow of David MacKenzie's Young Adam, and Peter Mullan's Orphans, is a place of poverty and decay. Both the city and its weather are mixtures of grey and dull red. The high-rise flats stand as monuments to isolation and loneliness, as well as forming an oppressive skyline, like giant cell bars surrounding the city.

The city becomes dehumanising, it becomes the anyplace and, as it voids itself of hope, it robs it from its inhabitants too. The films that make use of Glasgow's religiosity to explore life and death, such as Charles Gormley's Heavenly Pursuits, juxtapose the imposing necropolis with the billowing steam of industrial plants. Glasgow exists in film as this post-industrial place it has yet to emerge from. It is tragic and depressing. 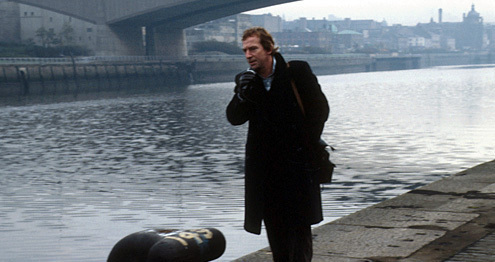 There is a more hopeful strain of filmmaking in Glasgow – Ken Loach's Ae Fond Kiss and Bill Forsyth's Comfort and Joy, for example. These films are strongest when the cityscape is used to create universal resonance, to explore not the space itself but its physical and psychological impact on those that inhabit it. That this is a city dominated by those things that concern so much of human existence; love, religion, poverty and death, does not set it apart, but rather invites the filmmaker to find ways of visualising those inner conflicts. 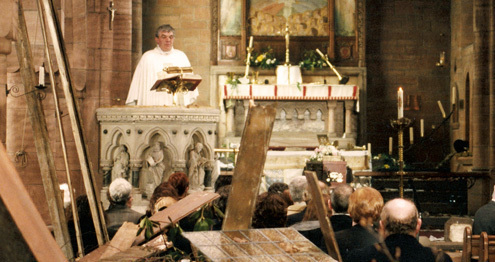 By playing with light and shade, the filmmaker explores the desolation and decay of the city but also its immense beauty. Foliage sprouts between the concrete, reclaiming territory and becoming part of the city once more, transforming the city into a post-industrial Arcadia. Glasgow becomes a place where ornate architecture sublimely melds with nature. Amongst the dark there is always light. As the city's inhabitants deal with the tragedies of life, love and loss the most truthful moments are when the light shines through and the filmmaker finds the humour in the darkness. Like the absurdity of an ice cream van car chase through Glasgow's grey conurbation in Comfort and Joy, or a congregation gathering in a roofless church and a dying man floating on a raft past tower blocks and warships on the Clyde in Orphans.

Often, though, the light and beauty is simply in the fractured aesthetic of the city itself, the mingling of buildings and the fog, of the grey and red, the sunlight and the shadows.

You can see Gianni's work, including a video essay about Glasgow, on his website: www.giannimarini.com 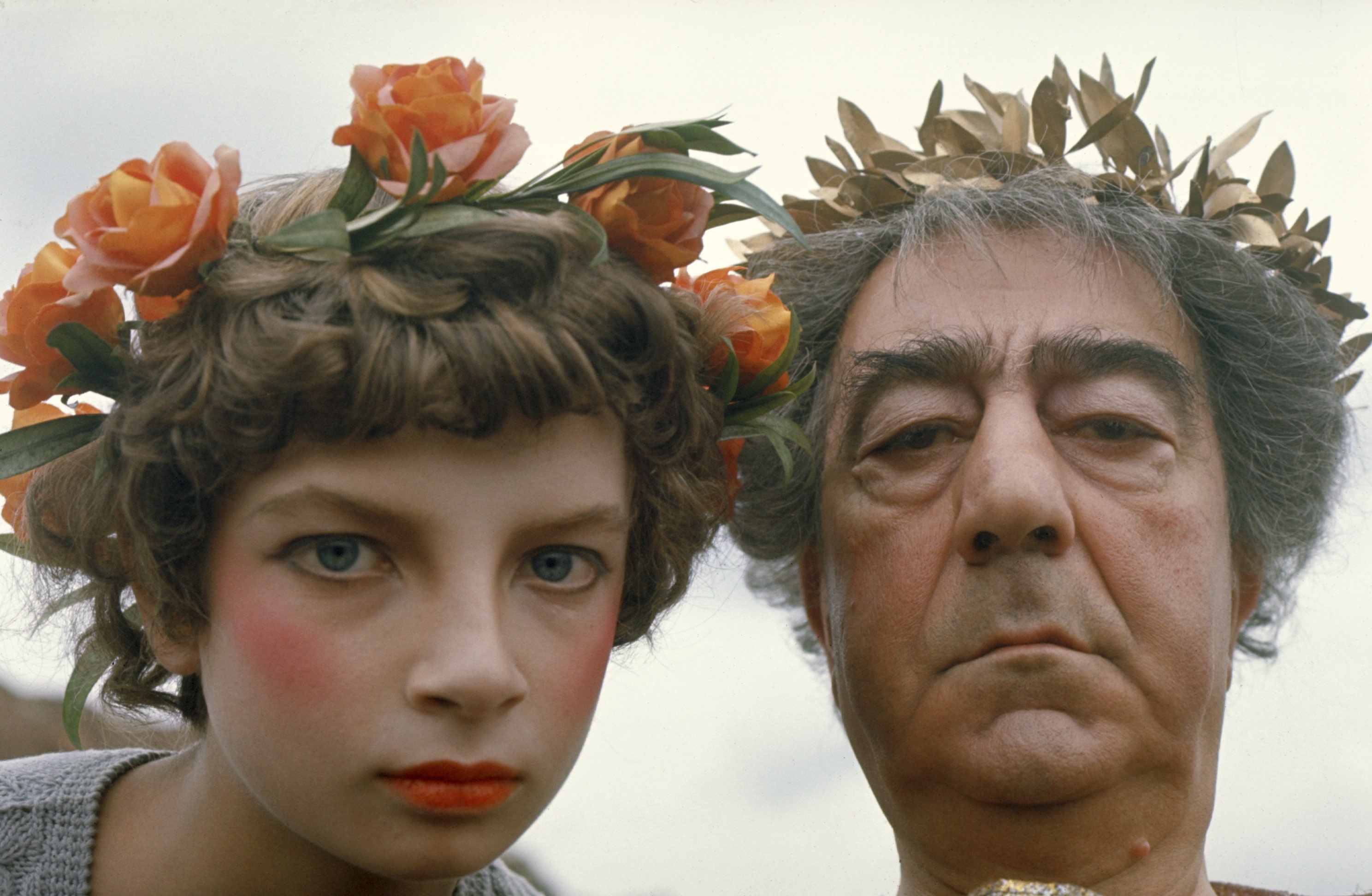